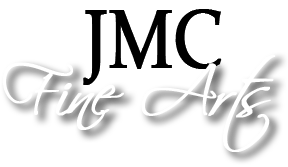 From 1984 until 2002 she was President of Interplan Design Group, specializing in corporate and professional interior design. During this period she developed her artistic pursuits in many diverse areas including jewelry making, fabric arts, photography and flower arranging. In the early 90’s, Janis and her husband lived in Paris where she was greatly influenced by the great masters, especially the Impressionists. She also traveled extensively with her husband including several trips to Asia where she grew to love and appreciate Asian art and culture.

Since retiring from the business world in 2002, Mrs. McCracken has been pursuing her love of creating fine arts. Using a variety of mediums, her style connects impressionism, with its emphasis on bright color and the effect of light on the subject, to Asian brush painting and its emphasis on individual brush stroke and the symbolic representation of the subject. This adds the elements of asymmetry, spontaneity and sometimes even the unexpected to her work. She attended a workshop with Wolfe Kahn, and has studied privately with Jean Carbonetti, Anne Kullaf and Pat Butynski.